Jesse Winker hit his second solo homer of the day and the Seattle Mariners won their 10th straight game, edging the Washington Nationals 2-1 on Wednesday night to sweep a doubleheader. 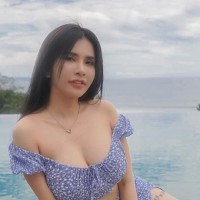 The Mariners have 10 consecutive wins for the first time since April 8-17, 2002. Their only longer winning streak was a 15-game run from May 23-June 8, 2001 — the last year they made the playoffs. Seattle is second in the AL West, well behind Houston but squarely in wild-card contention.

“It’s hard to win 10 games in a row. It really is,” manager Scott Servais said. “I give a ton of credit to our guys. They have a very singular mission right now. Show up every day, compete your tail off. We’ve got a lot of talent in that room and it’s starting to come together.”

The Mariners won the opener 6-4, getting a three-run homer from Eugenio Suárez and six solid innings from Chris Flexen, who won his fourth straight start.

Winker also homered in the afternoon game, his first after serving a six-game suspension for his role in a brawl with the Los Angeles Angels on June 26. He used the unwanted break to work on his swing and saw immediate dividends.

“I feel like baseball’s a game of constant adjustments and you always have to adjust with it,” Winker said. “I took the time, noticed some things, and right now I’m just trying to implement them.”

All-Star Juan Soto extended his hitting streak to 15 games when he hit his second ninth-inning homer of the day, a solo blast into the upper deck in right off Paul Sewald. Lane Thomas singled with two outs before Sewald struck out Ehire Adrianza for his second save of the day and 12th this year.

Thomas had two hits and a walk for the Nationals, who have lost six straight and 12 of 13 and fell to 30-60, the worst record in the majors.

Fedde took a shutout into the sixth, but Winker homered with one out. Adam Frazier hit a sacrifice fly later in the inning against reliever Steve Cishek.

The Nationals loaded the bases on a single and two walks against Matt Brash with two outs in the seventh, but Diego Castillo came on to strike out Keibert Ruiz, who was pinch-hitting for Tres Barerra.

“We’re not scoring runs so we gotta try to create something, we gotta try to mix things up,” manager Dave Martinez said. “I thought Keibert in that situation, he’s pinch-hit before, he’s done well. Maybe he could put us on the board right there.”

Flexen (6-8) had a 3-0 lead before he threw a pitch and proceeded to give up one run on six hits, while walking two and striking out one. He has a 2.88 ERA over his past seven starts.

Soto, who was caught in a rundown between third and home on Nelson Cruz’s double to end the seventh, hit a three-run homer with two outs in the ninth off Penn Murfee to make it 6-4. But Sewald retired Cruz to end it.

“At the end of the day, it feels more terrible when I hit the ball,” Soto said. “Because the things that happened on the bases and everything, you can see how close the game (would) be.”

Gray struggled with his control early, walking two of the first three batters in the first inning before Suárez homered to left.

Seattle temporarily moved ahead of Baltimore for the longest current streak in the majors. The Orioles matched it later Wednesday night when they beat the Chicago Cubs 7-1 for their 10th straight win.

“Since I can remember I’ve been watching Home Run Derbies,” said Rodríguez, who has 15 homers. “Since I was a kid I have that dream to play in one and now that I’ve got a chance to be in one, it’s very surreal that it’s happening. I’m just very excited to participate in it.”

Nationals: RHP Tanner Rainey was placed on the 60-day injured list with a right UCL sprain, and veteran RHP Tyler Clippard was called up from Triple-A Rochester. Rainey was 1-3 with 12 saves and a 3.30 ERA in 29 games. Martinez said Rainey “felt something” the day after pitching on Sunday against the Braves, had an MRI, and will see a doctor in the coming days.

Nationals: RHP Aníbal Sánchez makes his first major league appearance since 2020 when the Nationals open a four-game series against the Braves. Sánchez, who sat out last year, was on the 60-day injured list with a cervical nerve impingement.

Russell’s No. 6 being retired across NBA, a 1st for league