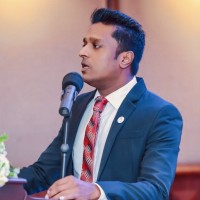 This is our Weekly Whale Alerts and Movement Analysis Roundup

It appears that BTC is currently resting in a strong zone of resistance. Yet MACD shows a different path where we could expect a further dip. It’s Sunday and therefore, it appears that the MACD is more reliable today. Will see,..
However, this is just a very short term market cycle.

Yesterday we noticed a strong zone of support and looks like we are correct.

Today we can identify a weak zone of resistance around 35,500 and it’s confirmed in the order book as well as shown in the screenshot.
However, I believe it’s only spoofing but not a genuine order book entry.
So I’m extremely bullish today.

Even though we noticed a large green candle with some good volume yesterday, it was reversed immediately by the next candle in the 4 hour chart with a even higher volume, which is an indication of a short selling by big players. As Wyckoff says, they could be testing the market heavily in this area before a smooth mark up phase.

This argument is further supported by today's 4 hour chart as shown below. In addition to chart pattern, MACD and RSI indicators, the volume seems to be low in this zone.
All these data indicates that the bulls are awaiting to kick in and take the price up to the resistance level as discussed yesterday.

Today we discussed about the possible BTC price action based on simple technical analysis.
However, I believe that technical analysis along has no significance at all in Crypto Markets as it is a heavily influenced and manipulated markets in the world if not "the" most manipulated.
Therefore, in order not to be blindsided we need broader market analysis methods as discusses on Kaalama DeepDive (KDD). One tool we use in KDD is the bitcoin dominance chart which is a very popular tool.

As you can see, in the attached, BTC.D is in a clear down trend and appeared to hit the recent resistance levels soon. It is a clear sign that crypto whales are finishing their accumulation cycle and now allowing Altcoins to move up again.

Based on the bitcoin price action and volume information we had yesterday, I presumed that we should see an uptrend till it hit the resistance zone around 35,500 - 36,000. However, at 35k level a strong reversal was evident in the 4 hour chart which is no wonder. But the depth of that short term down trend that you can see currently is not something I expected.

Therefore, I wondered why and wanted to go in to more details.
As I didn't find any significant bearish news, I opened the 15 minutes chart to check trade volumes.

As expected, the attached is what I noticed and do you think these volume bars are natural and caused by average retail investors like you and me?

They are more likely sudden short selling by smart money to test the market for more weak hands as per Wyckoff Method. However, this test dips deeper than expected and in my book. The deeper the better as far as the consolidation is concerned.

Why? In a short term dip more panic sellers are shaken off the market, more stop losses are hunted and remaining investors are more close to diamond hands.
If this argument is true, the next major test dipping to around 36,000 should be with lesser volume.
We shall wait and see but a test could be failed as well (that is why it is called a "test" ). In case of a such unexpected failure, it would mean that the market is not yet ready for the mark up cycle and more consolidation is required.

In conclusion, despite of this unexpected test (dip) I believe we are still in a strong consolidation and getting ready for the mark up cycle. I would just hodl tight.

Due to the unexpected turn in the price action yesterday, we might need to refresh our understanding of the overall crypto market. Because, in Crypto like in any other financial market, s*** might happen in less than few hours.

Even at this very moment, BTC is struggling to break the resistance level at 33,000, which was a strong support zone few days ago.
I believe technical analysis is not even nearly enough to understand whale movements and without understanding “what big players are doing” we don’t have a future in this business. And I’m very serious about this statement.

Anyway, I strongly believe that anove is not a natural price action at all but big players are trying to accumulate more and more and paper hands are being shaken off as mentioned yesterday.

In order to confirm that hypothesis, I looked in to several crypto whale movement charts and the attached is one of the most important among few.

It’s the total BTC inflows to exchanges. If you are in to block chain level data analysis, you already know the importance of this data.
Institutional investors do not keep their BTC in exchanges unless they are going to sell or margin trade. They may buy altcoins with them as well. If that’s the case, the amount of BTC in exchanges should go up compared to the previous noticeable days.
But as we can see in the attached, the opposite is true where we can presume that the BTC funds of big players are leaving exchanges to their own private wallets.

It makes me confirm the above hypothesis and of cause we need to look on to more on chain data for further confirmation.

In conclusion, I’m bullish based on these evidence but not based on my emotions.

Yesterday, after a strong fight bitcoin won the 33,000 resistance level and is now facing another challenge at 34,000.

Even though these struggles seem to be genuine, I discussed that they are more likely to be manipulations to shake off the weak hands before the next Wyckoff Mark Up cycle. I strongly believe that we are in a Wyckoff's Accumulation cycle and presented various pieces of evidence to back my theory up.

Today, let's take another chart to dig deeper. I discussed the "Total BTC inflows to the Exchanges" yesterday, yet it is not a complete analysis if the "Total BTC Outflow from all Exchanges" is also considered.

Thus, let's take a look at the "Total BTC Netflow from all Exchanges" which is the difference between the above two data sets. This chart also suggests that the amount of BTC flowing out from exchanges has increased during the last week but the data still does not suggest such a trend, which is what we actually expect to see. In conclusion, it is evident that the BTC outflow from exchanges is greater than the inflow, even though a trend is yet to be formed, which is what we could expect when crypto whales are accumulating bitcoins expecting a medium or long term price appreciation.

As a result I am again bullish.

BTC is still struggling below 34,000 resistance level and if we look from the technical point of view as in the attached, what we can see is a bullish falling wedge (yellow trend lines).

I am not a big fan of such patterns in a manipulated market like this but a peek into the volume bars also suggest that the downtrend in the 4 hour chart is coming to an end soon.
It seems that not many are interested in selling their bitcoins to the large interests in this price range and the number keeps declining. It further confirms the bullish falling.

The dashed trend line shows the trend we were expecting for some time, which was chopped down when we least expected such.
The large two volume bars immediately before the highlighted box along with their corresponding long red candles suggest an above average effort of short selling by smart money to hunt stop losses and push the price down, which seems to be successful and eventually formed the said falling wedge.

Finally as per my previous analysis and above, I believe there are no reasons to panic at all.

This is not financial Advice, but market and technical analysis only.